Jack is 5. He lives with his Ma live in Room. Jack sleeps in Wardrobe at night when Old Nick comes.

I won't say why Jack and his Ma live in Room. Or what happens. You need to find out for yourself. I will only say that in the middle of the book I was so excited because I genuinely had no idea what would happen next that I was speed-reading, tearing the pages with my eyes. And after that every page had compassion and bitterness and tenderness and anger and even humour.

And the ending was just right.

What a wonderful book. 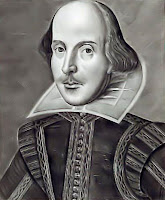 A classic Goddard: a man is released from an Irish gaol after spending 36 years inside. He and his nephew embark on a quest to prove that the Picassos presently being exhibited at the Royal Academy are were stolen. Nephew (ex oil executive with no obvious talent for a murky world of cross and double cross not to mention espionage and high living low lifes) falls in love with pretty girl and uncovers secrets that the British government have been at pains to hide.

And I read it quickly in a few 'can't put it down' days.

I couldn't quite see how the Picassos and the uncle's imprisonment were related. People from the past kept cropping up in a tightly incestuous circle. And the British agent gave half the plot away without really needing to so he could enlist help that he really didn't seem to need.

So this is the second disappointing Goddard in a row (also 'Found Wanting' from March last year). It wasn't as compelling as the others. The motivations weren't as necessary. And the plot wasn't tight enough and the twists and turns seemed contrived. Perhaps the master is growing tired.

"Henry I: King of England and Duke of Normandy" by Judith A. Green

I was rather frightened of this biography: it looked a little too much like serious history which usually means it is rather boring to read. But it was well written (not quite a page turner!) and I read it quite quickly.

The most fascinating episodes in Henry's life were:


Sometimes I felt that Green rather skimmed over these issues (there is probably very little evidence for single incidents) but of course I found out many more fascinating things about this king.