"The God of Small Things" by Arundhati Roy 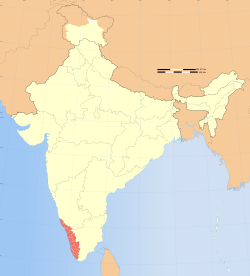 This was the winner of the 1997 Booker Prize. It is set in the Indian state of Kerala where they speak Malayalam. Befitting this palindromically named language, Estha(ppen) and Rahel, two egg twins, often speak words backwards. They way children see the world through different eyes, with innocence, is captured in the author's nursery rhyme approach to language and the repetition of certain words to capture misunderstood ideas.

The book starts with Rahel coming back to India to meet her twin brother Estha who has returned from where he was sent (to be with his abusive father). Estha has returned to the family home as an elective mute. Rahel watches him and explores the past. And we become aware of a great mystery in the past that is the secret reason why the twins are traumatised and dysfunctional. A secret that involves their Baby Grand Aunt.

Sophie Mol, the daughter of their jolly fat Uncle and his English wife, died on her short visit to their home when she and they were children. At the same time something happened to Velutha the Untouchable Odd Job man. Ammu, their mother, who tried to right whatever wrong was done, has died.

I read this story with a growing sense of dread. Something terrible has happened. Something awful. I wanted to know what had happened and I hoped that discovering the truth would set the twins free, but I feared that I would learn that they were guilty of terrible things. With deft dance steps the story moves around the truth, sometimes a little nearer, weaving a spell.

And the prose evokes the colour, the chaos, and the fecundity of India. And the characters are dazzlingly real, though mythic archetypes. And the narrative is hauntingly sad.

This was a book that I wanted to rush through to find out what had happened but I wanted to read slowly and savour every word because of the richness of the language.