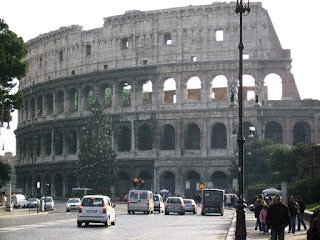 The 'history of half-forgotten Europe' seems to be cobbled together from various scholarly articles that Professor Davies has assembled over the years; in the Introduction he immodestly lists other examples he would have included had he more space. This gives the book a slightly rag-bag feel with chapters of significantly different lengths. It also means that there are moments when the professor is unable to restrain academia. The word 'Amalfings' which apparently refers to the Visigoths post-Alaric is not explained (and does not appear in my dictionary); does it refer to people from Amalfi on the Italian coast? He often quotes in Latin (although he almost always provides a translation). He insists on calling the British Isles the 'Isles' explaining in a footnote that "The 'Isles' became British by monarchical criteria in 1603 and constitutionally in 1801. They ceased to be British in 1949.' His conceit is often to call the vanished kingdom by a name that almost no-one else ever uses: Sabaudia for Savoy, Rosenau for Saxe-Coburg-Gotha, Byzantion for Byzantium or Constantinople etc. And to say "Studying the Burgundian succession of the 1360s, one can easily develop 'Palis-Rondon' - as the Japanese call a squint" serves no purpose other than to tell the reader that the author can show off in Japanese as well. Furthermore, he rattles through history at such a speed that the procession of names, places and titles leave one dizzy.

There is a slitghtly contrived structure. Each chapter has a first part which is a sort of tourist guide to the place where the vanished kingdom originated followed by part two, a lengthy history of the kingdom and part three, which explores the kingdom's heritage.

Nevertheless this is a fascinating book.

This is a massive rambling book, full of delightful anecdotes but equally full of rambling dynastic discourses and historiographical rants. It is bizarrely uneven in its treatment: some episodes being scrutinised in detail whilst centuries can pass unnoticed. Even in its state selection it seems eclectic. Eastern Europe has a number of chapters; Scandinavia has none. There are so many other places that could be included: Wales, Venice, Brittany. Since he includes states that are now revived (eg Montenegro) there is even more scope. And there is clearly a book to be written about states that have not vanished such as Andorra, Liechtenstein, and Trans-Dniester.

Overall I think that it needed firm editing.